Todoroki Shrine was founded on November 13, 1591, by an ascetic named Kisshoin Koei, the fourth generation of the Okoshi family, who prayed to the waterfall and received many spiritual blessings.
The shrine has been revered by the lords of the Awa domain and others from far and wide since ancient times. Since it enshrines the god of water, it has been especially worshipped by people whose livelihoods are closely related to water.
The shrine is revered as a god of household safety, good health, traffic safety, schoolwork, agriculture, forestry, fishery, commerce, and industry.
The vast precincts of the shrine, including the mystical main waterfall and 99 Todoroki Waterfalls, have been selected as one of Japan’s top 100 scenic spots and one of Japan’s top 100 waterfalls.
It is also known as a “power spot” for the attainment of one’s heart’s desire. The carrying of the Aramikoshi (portable shrine) into the large waterfall basin during the annual autumn festival (November 13) is famous throughout Japan as a dynamic and unusual festival.

Todoroki Shrine, A Tale of Beginnings 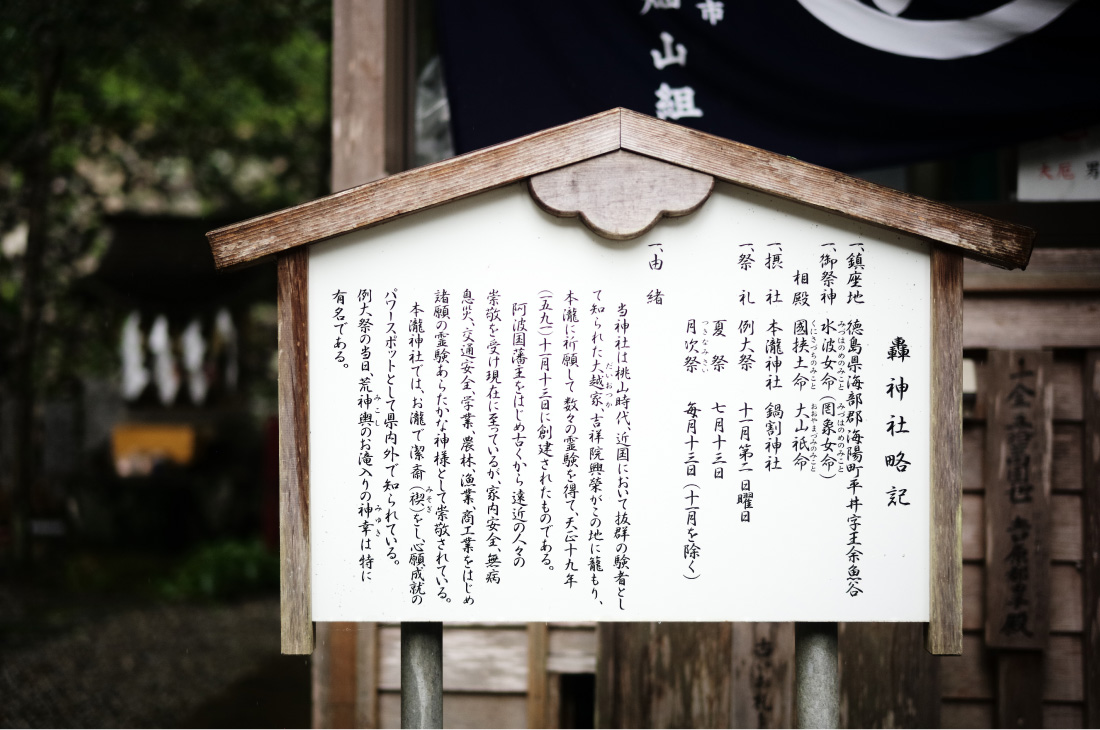 Todoroki Waterfall is also known as “Kareidaki” Waterfall, which originates from the story of a fisherman who saw a flounder floating downstream from the waterfall.
It is said that a dragoness from the South Sea chose this place as her home when deciding between Karei Waterfall and Nachi Waterfall in Kumano, Kishu. She is said to be the goddess responsible for rainfall and inundation. She has been worshiped since long ago by both the names Todoroki and Kareidaki.
Later, the ascetic Kisshoin Koei holed himself up in this place and dedicated it to Mizuhanome-no-Mikoto, Kunisatsuchi-no-Mikoto, and Oyamatsumi-no-Mikoto as the place where the divine spirits resided, and founded Todoroki Shrine. 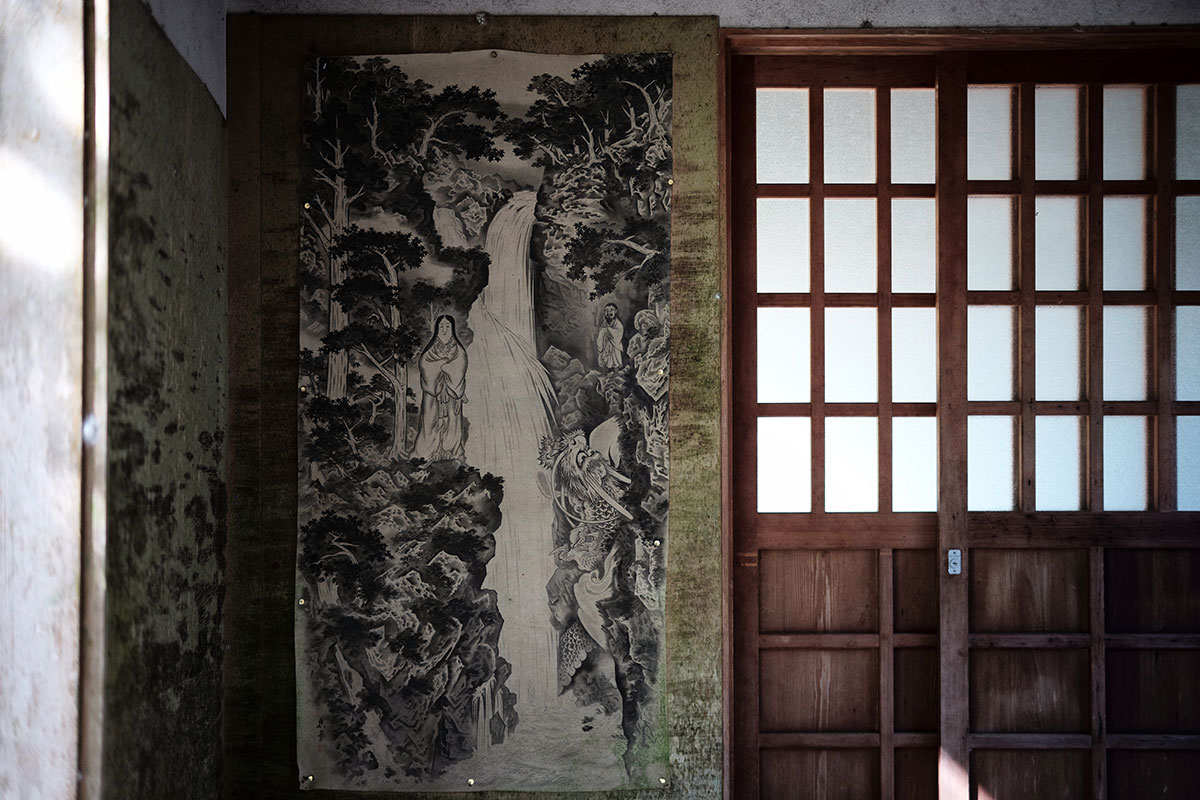 Todoroki Shrine is dedicated to three gods: Mizuhanome-no-mikoto, Kunisatsuchi-no-mikoto, and Oyamatsumi-no-mikoto.
Mizuhanome no Mikoto is a female deity who controls water, and in the old days, people would pray for rain at this shrine when there was a long period of only sun. The shrine is also worshipped by people whose livelihoods depend on water, such as forestry, agriculture, and fishery, with prayers for great catches and good harvests.

About the shrine building 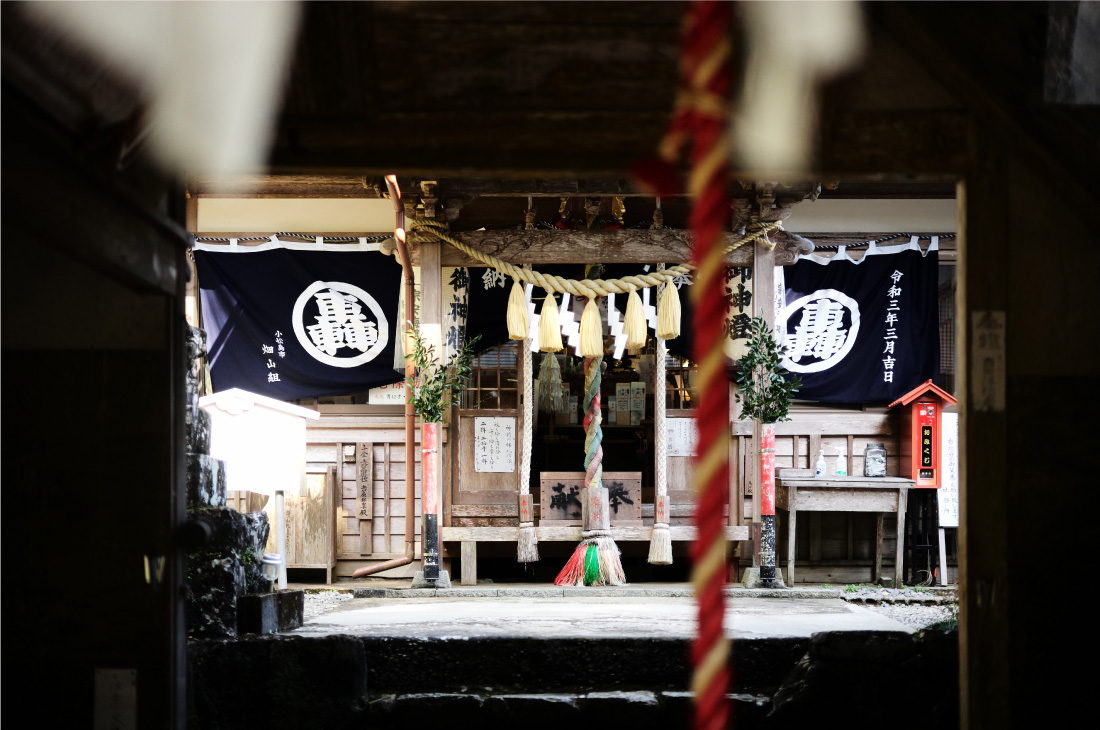 Initially, the shrine was built near the waterfall, but it was washed away by a great flood and rebuilt at the present location. In the original location, Todoroki Hontaki Shrine was built to enshrine the Aratama, one side of the soul of Mizuhanome-no-Mikoto, while Todoroki Shrine enshrines the Wakan, the other side. According to the “Book of Origin of Todoroki Shrine,” the shrine washed ashore unharmed off the coast of Kumano, Kishu, and was enshrined and annexed to Mount Nachi. 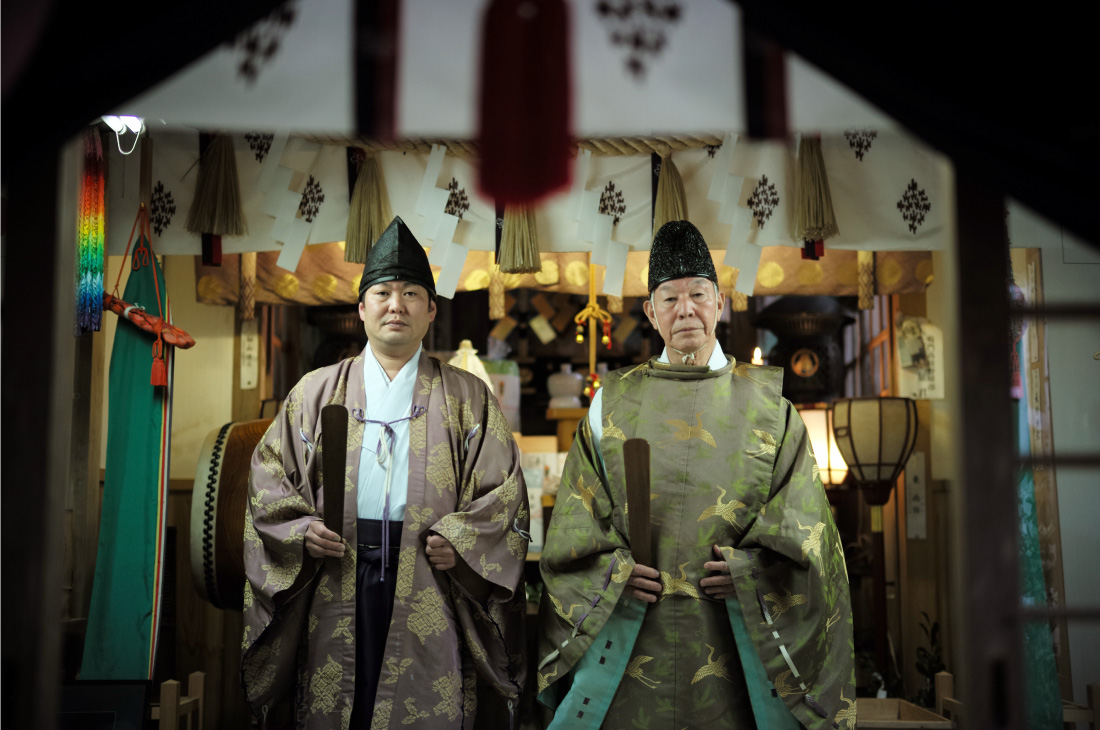 The descendants of Kisshoin Koei the 4th, the founder of Todoroki Shrine, have been serving as the priests of Todoroki Shrine for generations. While he was a Shugendō practitioner and was called Kisshoin, in 1860 when commoners were permitted to use their surnames, his 15th generation descendent Ryogen changed the family’s surname to Umegae in honor of Sugawara no Michizane and because Koei the 4th had founded Tenmangu Shrine. After the separation of Shinto and Buddhism in the early Meiji era and the abolition of Shugendo in 1872, the Umegae family became Shinto priests, following the ancient Shinto religion of the shrine.

About the Sacred Beast 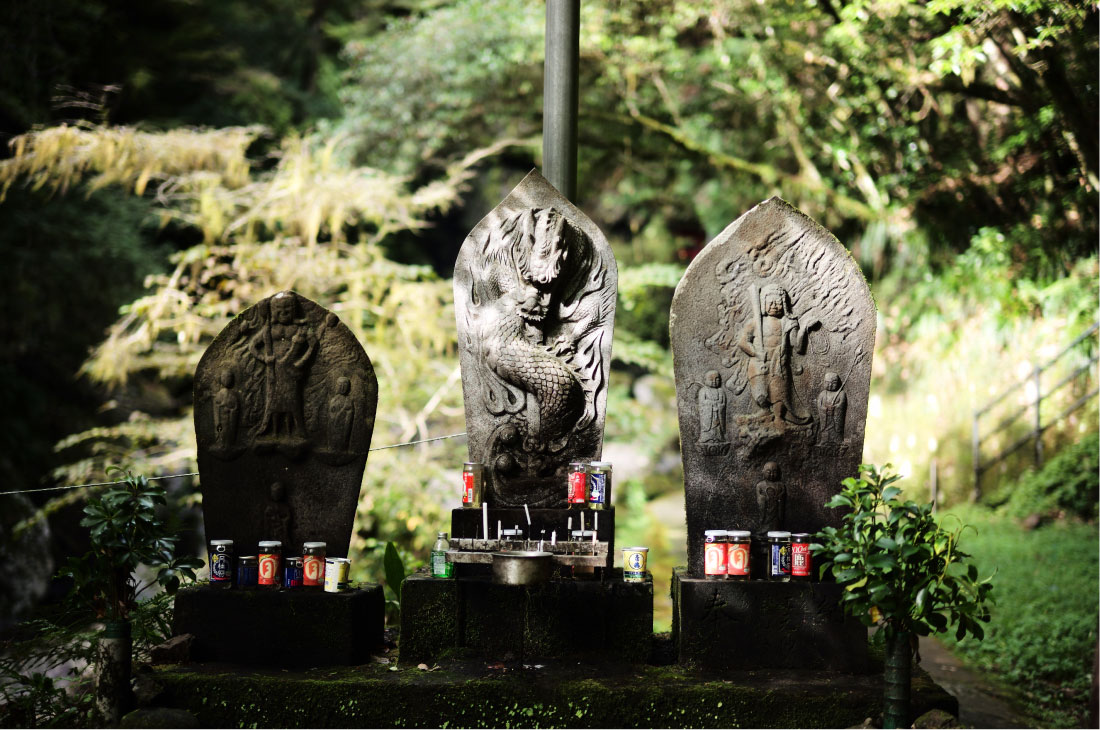 A long time ago, a man living in this village was visited by a beautiful woman who said, ” I am the Dragon Goddess of the South Sea, and I am thinking of protecting my people by dwelling either at Nachi Falls in Kumano, Kishu or at the Karei Falls here. I looked at Nachi Falls, but found that the pool was too shallow to be a suitable place to live. Therefore, he decided to live here permanently and protect the people by controlling the rainfall and flow of water. However, you must not tell anyone about this until several years have passed. The man never told anyone, and in later years he left behind a story about the Dragon Goddess who lived in this place.

From this legend, long before Todoroki Shrine was built, the Dragon Goddess of the main waterfall was worshipped by people from near and far.

This Todoroki pattern was dedicated to Todoroki Shrine in the first year of Reiwa by the artist Asao Tokolo.

He was impressed by the forestry (boat materials) in the Kaifu area, which has been connected to Tokushima through indigo culture and supported the maritime trade of Awa indigo since ancient times.

He was inspired by the fact that the Hachisuka family, lords of the Awa domain in the Edo period, had worshiped at the Todoroki Shrine for generations to pray for safety at sea, and that festivals are still held by people of the seas and mountains to express gratitude for that connection, and created this pattern.

From its center in Kaifu, this pattern, which transcends borders and generations, conveys the importance of the connection between humans and nature. 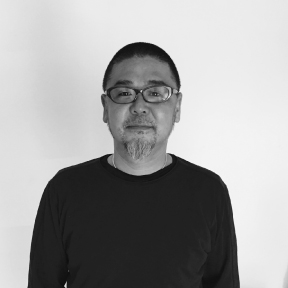