The festival, held on the second Sunday of November every year, is a festival of thanksgiving for the blessings of nature, such as the sea and mountains, and the water that nurtures them. It is a traditional festival that has been passed down for over 400 years by local people involved in forestry, agriculture, and fishing.
The festival is famous for the portable shrine that is carried from the main shrine down the steep stone steps to the main waterfall, and for the main ritual in which the portable shrine is carried into the waterfall basin, where a solemn scene unfolds in which people, the portable shrine and nature become one.

Carriers of the portable shrine stay at the shrine from the day before and purify themselves in the waterfall throughout the night.
In between sessions to purifying themselves, they eat a meal prepared by local women to strengthen their unity for the morning.
The meals are prepared with the bounty of the sea, which is offered every year by the Kaifu Tomoura Fishing Cooperative and the Oshiki Net Association, and the bounty of the mountains nearby, as well as rice, vegetables, and yuzu vinegar from the fields along the Kaifu River.

It brings together the nature of Kaifu with the farmers who grow and harvest the crops, the fishermen who catch the fish, the women who cook the food, and the men who carry the portable shrine.

The Autumn Grand Festival of Todoroki Shrine, which continues in the land of Awa-Amabe (Kaifu region today), is a traditional and sacred event which represent the connection between the sea and mountains, people, and the importance of water through food and the shrine ritual. 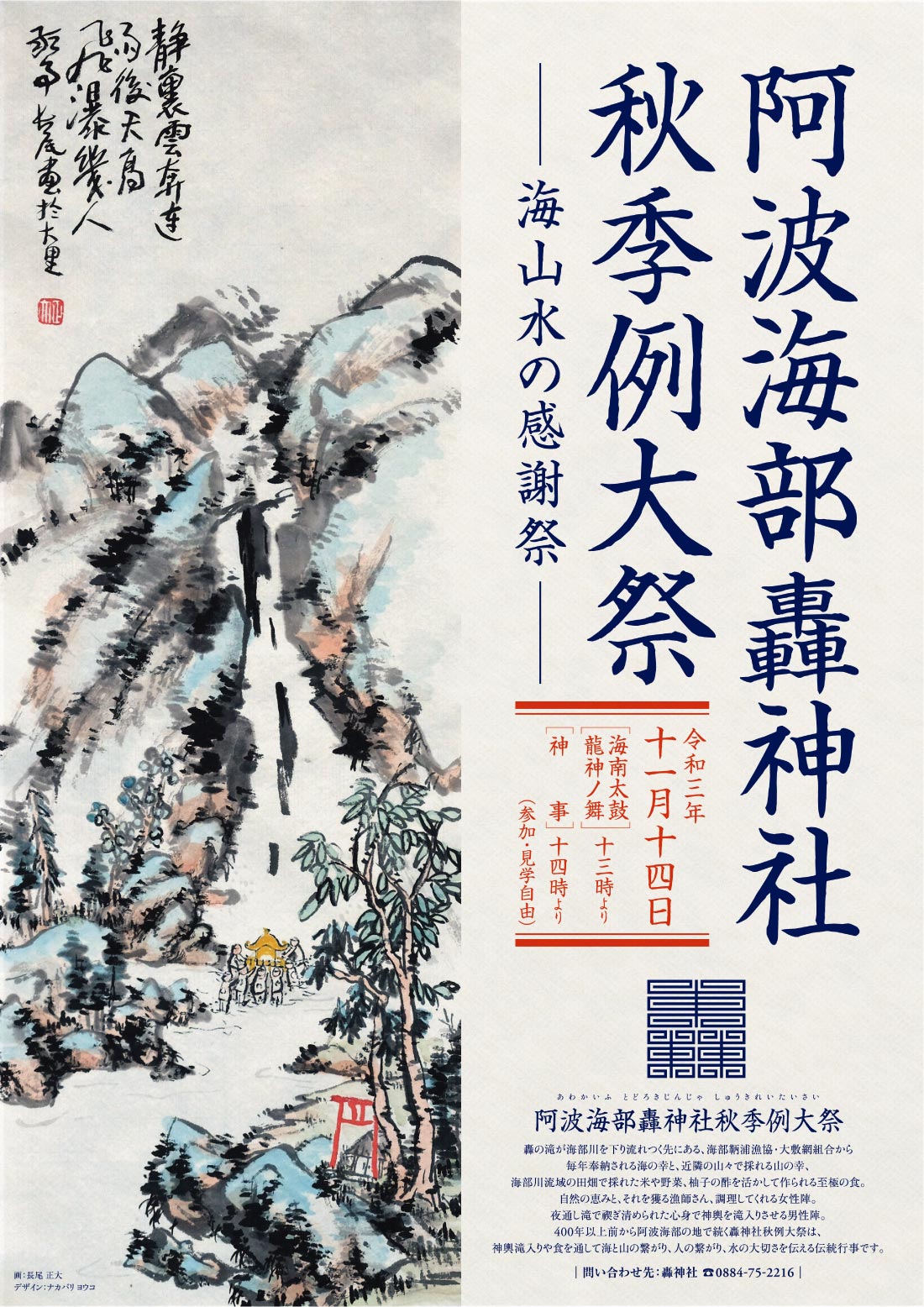 The second Sunday of November each year.
14:00~ Ritual at Todoroki Shrine
Around 15:00 – The portable shrine is carried into the falls. The departure of the Abaremikoshi starts after mochi (rice cake) throwing.
※Please note that the time and content may change due to ritual affairs.
※On the day of the event, a temporary parking lot will be set up in front of the venue and a shuttle bus is scheduled to be running.